10 Surprising Facts About Abraham Lincoln Just in Time for the A. Lincoln Performance at Lakewood Theatre Company

Posted on November 10, 2013 by lovelakeoswego 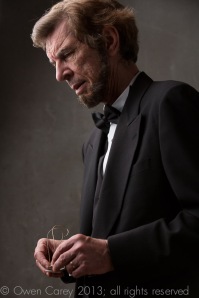 Heralded Lincoln portrayer, Steve Holgate is bringing his two-act play, A. Lincoln to a sold-out crowd at the Lakewood Theatre Company at 368 S. State St. next Tuesday, November 19 at 7:00 p.m. on the 150th anniversary of the Gettysburg Address. (Another performance has been scheduled for Monday, February 17, 2014).

Holgate will breathe life into our nation’s most popular president through the retelling of his letters, speeches, newspaper stories and in conversations with imagined characters.

Since this month’s performance sold out, I’d advise you buy your tickets now for the February show.

Whether you attend or not, here’s a chance for you to hone up on your Lincoln trivia in honor of the Gettysburg Address.

Like what you see here? Consider subscribing to “52 Reasons to Love Lake Oswego” by clicking on the “Sign me up” button in the top right hand column. Or if you already are a subscriber, tell your friends to check out what they’ve been missing! Share the link through Facebook or email. Appreciate your spreading the word.

I feel pretty lucky—I live where I work and I love where I live. As a Realtor in Lake Oswego, I get to share that enthusiasm with clients every day. Through this blog, with the help of my freelance writer wife, Genita, I’d like to share that enthusiasm with you. The quality of life you’ll find in Lake Oswego belies its size—there is so much to experience here from a fireworks show over the lake on the 4th of July to the Festival of the Arts--one of the premier arts events in the region. So please check in each week for another reason why I love Lake Oswego and who knows—maybe you’ll fall in love too! If you’re interested in experiencing Lake Oswego personally, please feel free to contact me either on my cell at (503) 939-9801, via email at costellok@hasson.com or check my website by clicking the link in the "Contact me" section in the right hand column. I would love to show you around.
View all posts by lovelakeoswego →
This entry was posted in Things to Do in Lake Oswego and tagged A. Lincoln, Lakewood Theatre Company. Bookmark the permalink.