What do Blake Shelton and Lake Oswego, Oregon Have in Common?

Posted on December 17, 2017 by lovelakeoswego 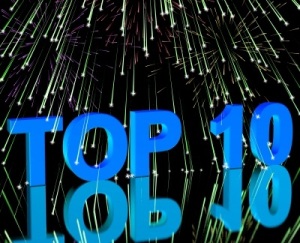 In this season of list-making, I’d like to point out that Blake Shelton is a List Maker. People Magazine just named him the Sexiest Man Alive. He has also been listed as the Favorite Male Country Artist in 2016 and the Male Vocalist of the Year in 2012.

The City of Lake Oswego, Oregon seems to share Shelton’s penchant for making lists. Check these out.

●Recognized as the #1 School District in the Nation by StartClass, an education research website.

Identified as the safest city in Oregon by the National Council for Home Safety and Security. Drawing from the FBI Uniform Crime Report Statistics, the NCHSS listed 467 crimes committed in Lake Oswego in 2017. Of those 15 were violent (murder, non-

●Ranked the #1 School Public School District in Oregon in Niche’s 2020 K-12 School and District Rankings, a list this organization compiles every year across the nation. The Lake Oswego School District also ranked #1 for having the best teachers in the state of Oregon.

●Named one of Top 10 Best Towns for Families by Family Circle magazine in 2012.

●Awarded the National Planning Excellence Award by the American Planning Association in 2013 for a three minute video, “We Love Lake Oswego” video to introduce the city’s comprehensive plan to the public and stimulate conversation and involvement. The message of the video was that “cities like Lake Oswego don’t happen by accident.”

●Ranked the smartest city in Oregon by Zippia, a career resource site for young professionals, based on the percentage of adults over 25 with at least a high school education (97.8%) and the high school dropout rate (0.5%).

●Earned the #3 spot in Zip Realty’s 2014 “10 Best Places for Families to Live” list, based on educational standards and housing costs.

●Recognized with a Civic Livability Award in 2012 by the U.S. Conference of Mayors for its Lake Oswego Reads program.

●Ranked #5 nationally in the 2011 Forbes survey of cities that give you the most educational bang for your real estate buck.

●Named one of 30 safest cities in Oregon by SafeWise based on both violent and property crime reports. Came in at #12.

●Listed as third most family friendly city in Oregon by real estate blog, Estately. Lake Oswego was noted as having the best public school system in the state. Other considerations factored in included youth populations, commute time, libraries, housing affordability and cost of living.

●Named the most educated town in Oregon by Business Insider based on census bureau data gathered in American Community Survey 2008-2012 for places with at least 1,000 people.

●Donned a winner in the America in Bloom contest in 2003, scoring a 5 out of 5 for its floral displays.

●Even the city government has bragging rights. It was listed in the Top 100 workplaces in Oregon and Southwest Washington in 2016 by The Oregonian and was the only city government to make the list!

●Designated “Fabulous” upon joining the Healthy Eating Active Living (HEAL) Cities Campaign. Since the city already had programs in place to promote a healthier and more active lifestyle for residents, it earned the top ranking the program awards.

I’ve also shown up on a few lists myself, like being recognized as a Diamond Platinum Member in the Portland Metropolitan Realtors Million Dollar Club, a consistent top producer with the Hasson Company Realtors, and the recipient of the Lake Oswego Community Leader of the Year award. Let me go to work for you buying or selling your home. Contact me.

I feel pretty lucky—I live where I work and I love where I live. As a Realtor in Lake Oswego, I get to share that enthusiasm with clients every day. Through this blog, with the help of my freelance writer wife, Genita, I’d like to share that enthusiasm with you. The quality of life you’ll find in Lake Oswego belies its size—there is so much to experience here from a fireworks show over the lake on the 4th of July to the Festival of the Arts--one of the premier arts events in the region. So please check in each week for another reason why I love Lake Oswego and who knows—maybe you’ll fall in love too! If you’re interested in experiencing Lake Oswego personally, please feel free to contact me either on my cell at (503) 939-9801, via email at costellok@hasson.com or check my website by clicking the link in the "Contact me" section in the right hand column. I would love to show you around.
View all posts by lovelakeoswego →
This entry was posted in Lake Oswego lifestyle and tagged George Clooney, Lake Oswego Oregon. Bookmark the permalink.